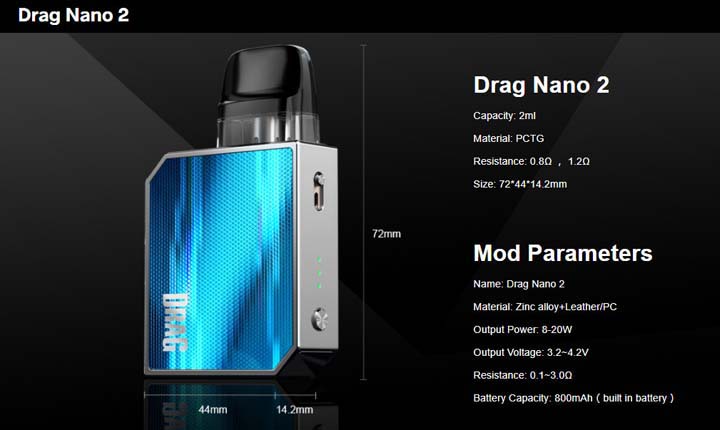 The labels of “fashion”, “vitality”, and “dynamic” for young people seem to be incompatible with the elements of the 80s. However, on October 24, VOOPOO’s Drag Nano 2 sponsored Indonesia’s well-known electronic atomization media “Vapemagz”, bringing the cool spirit of trendy new-adult generations to the “80s”.

In Indonesia’s BSD Xtreme Park, Tangerang, Banten, the well-known Indonesian media “Vapemagz” organized new-adult generations cross-border event called “Back to 80’s”, which perfectly presented fashion culture and retroelements. Drag Nano 2 also immediately ushered in its debut in Southeast Asia and was enthusiastically sought after by people on the scene.

As a strategic product released by VOOPOO this year, Drag Nano 2 has many innovative designs in terms of product design and packaging compared with the previous generation products. NANO 2 has eight selected colors, 3 of which incorporate the Vinci Pod “single grain single plating” PC film texture patch element, highlighting the splendor, three-dimensionality, and fashion under the light.

The other five models are full of retro flavor, boldly combining the leather material of Drag S Pro, allowing hard metal and soft and comfortable leather to go hand in hand. The fashionable retro-elements in the product complement the theme of this event, which also contributed to VOOPOO’s strong support for “Vapemagz” to host this event. 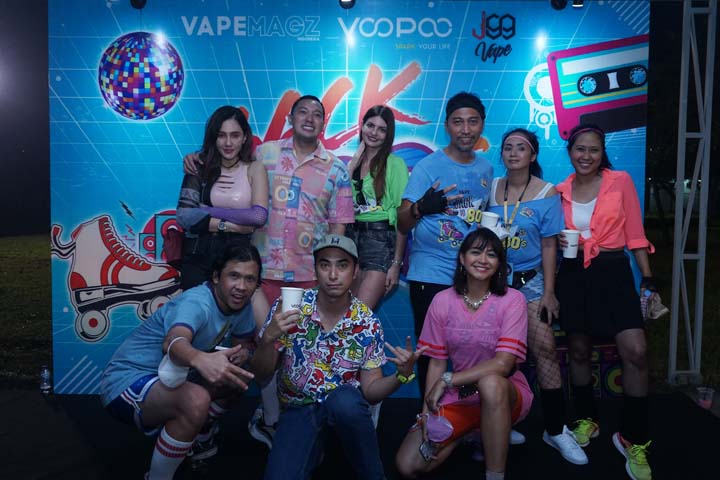 It is understood that this event attracted more than 300 local fashionistas from Indonesia. The event is divided into three parts. The first part is “Classic Car Meet Up”, which showed the retro models of the 80s to people.

The second part of the “Roller Skate Meet Up” roller skating performance brought the atmosphere to 30 years ago and felt the expression of people’s cool living in that era. The third part is the Southeast Asian press conference of Drag Nano 2.

When drag Nano 2 was unveiled, its shiny appearance was favored by many Indonesian Internet celebrities, pushed the event to a climax and brought the activity to a successful end with everyone’s hot dancing and carnival.

With the gradual expansion of VOOPOO’s influence in the Southeast Asian atomization market, more and more new-adult generations are beginning to be familiar with VOOPOO and love its products.

VOOPOO has gradually moved closer to the trend positioning of the new-adult generation and has launched a variety of fashionable and beautiful products, which have won widespread love among the Z generation group.

Founded in 2017, VOOPOO has rapidly grown within a short period of time and is now selling worldwide. VOOPOO is a high-tech enterprise integrating R&D, design, production and brand operations. It has four flagship product series: DRAG, VINCI, ARGUS and V Series.

VOOPOO has more than 3000 employees worldwide and its business covers more than 70 countries and regions in North America, Europe and Asia.

WARNING: This product may be used with e-liquid products containing nicotine. Nicotine is an addictive chemical.